Understanding of Synastry and Relationship Astrology

Understanding of Synastry and Relationship Astrology

Relationship Astrology is the ancient art and science of interpreting signs and symbols from the stars. Although this study has been used for all sorts of things, from politics to naming babies, lots of people are very interested in relationship astrology. This is also called “Understanding of Synastry” 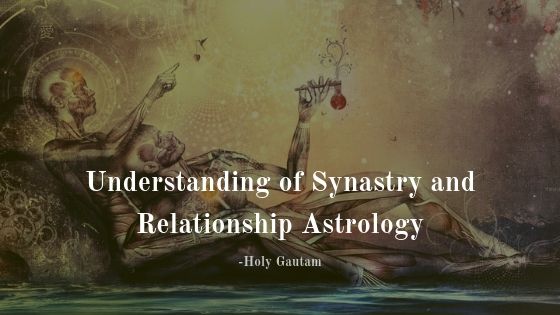 Sure, there are plenty of astrology readers and websites that promise to analyze zodiac sign compatibility, but these readings are usually very general, so they are not all that useful.

Posing a general inquiry like, “Does a Scorpio typically coexist with a Leo?” is usually not that helpful. Just using the basic signs of the Zodiac

The Understanding of Synastry 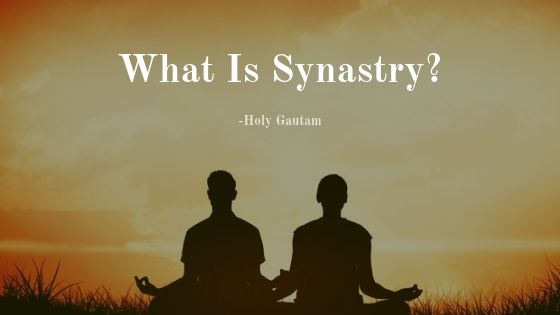 The Understanding of Synastry, or the science of relationship astrology, is fairly complex.

It isn’t simple at all like simply matching up two of the twelve major signs of the zodiac.

On the other hand, it does not automatically disqualify two people from being partners based on simple zodiac signs.

This type of love comparability comparison, that just compares two signs, is too general to be useful, and it might even be damaging.

Two be told that two people cannot get along because one happens to be a Capricorn and the other is an Aquarius is ridiculous and dangerous. If that was the whole premise of relationship astrology, it would not even deserve further study.

To understand the more complex and helpful aspect of using Astrology for help with relationships, it might be helpful to consider an example. What better example is there but Venus, the goddess of love? 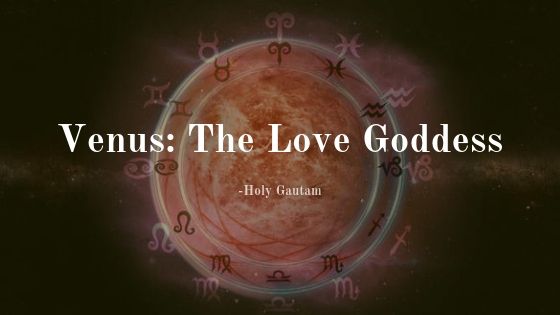 Most people associate Venus with love. This goddess is a common figure in mythology. Because Venus is considered the goddess of love, she can help us all gain valuable insights into various matters of the heart.

She is the ruler of romantic love, but she is also important in other kinds of relationships. Some examples are relationships with family members, coworkers, and friends.

While understanding romantic relationships is important, most people with agree that all of these other kinds of relationships are also critical for having a happy and peaceful life.

While most people have been drawn to people in mysterious ways at one time or another, it might be because of the influence of Venus because she rules over attractions, and this is true if they are romantic, friendly, or even business relationships.

Anyway, the point is that Venus and relationship astrology are often used to help with romantic relationships. But just as very important, they can get used for all kinds of relationships.

Also, as mentioned before, it isn’t just a person’s general zodiac sign that tends to rule their relationships. Good interpreters of the zodiac will,

For example, also determine how Venus interacts on the charts of both parties in a relationship, or at least on the chart of the person requesting a reading. This can help pinpoint potential problems.

Instead of comparing two basic zodiac signs, it is interesting to compare what is called planet aspects. For example, one partner might be ruled by Venus. The other may be ruled by Pluto, Mars, or the Sun.

Note: For purposes of astrology, Pluto and the sun are considered planets. Yes, the sun is a star, but it is our star. The ancients hadn’t gotten the word from modern scientists about not calling Pluto a planet.

The Purpose of Relationship Astrology

Again, the point of all of this is not to tell two people that they should never interact with others. If that were the whole point of astrology, it would be practically useless.

The point is to shine a light on strengths and weaknesses, so people who view their love astrology reading know the whole story.

They may choose to go with their strengths or spend more time working on improving themselves in weaker areas.

The influence of the stars may be strong on people’s basic personality and even their love interests. However, you know what they say: Love conquers all!

People from cultures around the globe have always been attracted to those who are like themselves. Those who are pragmatic enjoy the company of others who are the same.

Likewise, people who are instinctively affectionate and empathetic are drawn to those who have similar characteristics.

At the same time, we need others in our lives who possess qualities that are complementary to our own.

For example, a timid person can benefit from the courage of others. A brash individual can learn from people who are humble.

This is the uneven, often turbulent, science of Synastry. It governs our relationships with our families, friends, spouses and even children.

The study of Chinese astrology signs Synastry offers a deeper glimpse into our fundamental personality traits.

It dissects our attributes and mannerisms in a way that allows us to carefully analyze the likelihood of getting along with the people in our lives.

In this article, we’ll explore using Chinese astrology to identify others with whom we’re compatible.

We search for others like us throughout our lives. Some of us do so methodically, carefully planning our steps to leverage our success.

Others do so instinctively, allowing themselves to be drawn naturally toward those with whom they’re well-suited.

The Chinese have literally made a science of finding compatible people. By using the Zodiac signs (12 animals that represent the Zodiac’s 12-year cycle) to understand the underlying nature of people, they have been able to establish a system of identifying personal Synastry.

The animals in the Chinese Zodiac are each attributed a set of unique characteristics. These traits are analyzed for potential Synastry.

For example, the rat is considered ambitious and charming while the monkey is known to be an objective motivator of others.

As such, people born during the years of the rat and monkey are typically compatible. They tend to be similar while possessing personalities that complement each other.

By observing Chinese astrology signs, many people are able to identify others with whom a personal relationship is likely to be successful.

Stacking The Deck In Your Favor

People often scoff at studying the Chinese Zodiac to isolate Synastry (especially those in western cultures).

However, the Chinese have been using astrology signs and the animals included in the Zodiac to do so successfully for thousands of years.

Finding people with whom we share specific personality traits can be difficult. Further, identifying those who also have attributes that that complement our own is even more challenging.

Using Chinese astrology signs to find compatible partners is, in essence, stacking the deck in your favor. By focusing on those with whom you have the greatest likelihood of a successful relationship, you can maximize your chances of enjoying true interpersonal success with others.

Of course, the signs of the Chinese Zodiac and the study of Chinese astrology is not an exact science.

Neither is infallible. Instead, they’re merely guideposts that offer to provide an added level of consistency in identifying people with whom we’re compatible.

In the end, the dedicated love you have for a person in your life (whether that person is a spouse, friend, or family member) can be stronger than the implications of Chinese astrology.

Millions of people experience fulfilling lifelong relationships with those whom the Chinese Zodiac suggests are incompatible. Keep an open mind.

Use the Chinese astrology signs as counsel and advice in finding a compatible partner. But, allow your heart the room to accept and enjoy those who may fall outside the signs.

[sc_fs_faq sc_id=”fs_faqwxe40f98k” html=”true” headline=”h2″ img=”” question=”Chinese Zodiac Compatibility Test: Do They Work?” img_alt=”” css_class=”” ]We naturally gravitate toward people who are similar to us. Often, it’s an unconscious act. We’re mysteriously drawn to those who exhibit our own values, mannerisms and even humour.[/sc_fs_faq]

Our tendency to find those like us and establish relationships with them is ingrained in us from birth. Psychologists have observed small children finding other children like themselves to play with.

Teenagers often congregate in groups in which all members look and act similarly. Even gangs are pulled together and adopt a similar appearance.

Chinese Zodiac compatibility is a discipline that has been used for generations to identify the chances of people being attracted to one another. But, it’s more than merely a way to find love and romance (though that is a powerful way of recognizing a suitable partner).

Rather, the probable attraction (or repulsion) can be distinguished between any 2 individuals including business partners, friends, students and teachers. It can be applied to note the disparities that make people different.

Finding Compatibility in the Signs

Many people scoff at the idea of using a Chinese Zodiac compatibility test to find people who are like us. But, their skepticism is mostly due to a lack of understanding.

The Chinese have studied the signs of the Zodiac for longer than most can remember. It’s not only an important component of their culture, steeped in myth and lore. It’s also a practical method of comprehending human nature.

The Chinese were among the first cultures to realize the link between personal human traits and the signs of the Zodiac. Each of the 12 signs typifies certain values and characteristics.

Based upon these attributes, people who were born under the various signs are more likely to find a link in their commonalities and differences.

For example, a rat (the first sign of the Chinese Zodiac) is thought to be imaginative and witty. According to the Zodiac chart, rats are well-suited with dragons who tend to be dogmatic and decisive.

Creative people often need someone who is decisive to propel the couple toward results.

The Art of Finding a Suitable Companion

While the first attribute most people notice about someone is physical, relationships that are based upon such traits are fleeting. Other features are far more important and serve as the foundation for a lasting union.

The Chinese have understood this since the creation of their Zodiac. And they’ve formulated their Chinese Zodiac compatibility tests to leverage this understanding.

By identifying those to whom we’re exposed in the context of their signs, we can exploit our ability to find those who make suitable companions.

If Your Partner Isn’t “Compatible” then What to Do

Even though compatibility tests that follow the Chinese Zodiac provide guidance, they don’t preclude 2 people from getting along in spite of their signs.

In fact, millions of people enjoy fruitful relationships in seeming contradiction to the Zodiac. This is likely due to our ability to constantly look for the best qualities in other people.

If your partner was born under a sign that the Chinese Zodiac has deemed unsuitable or incompatible for your life, don’t end the relationship.

Remember, compatibility tests based on the Zodiac signs are meant to guide you, not dictate your choices.

That being said, if you’re currently without a partner, be open to exploring the suggestions of the signs. Generations before us have successfully established rewarding bonds by studying them.

The aim of Holy Gautam to be this positive example in the world, and therefore we consistently, joyfully and faithfully keep moving towards providing practical spiritual guidance to assist people on their spiritual journey to live healthily
Website https://holygautam.com

Back To Top
Copy link
CopyCopied
Powered by Social Snap